SÜPRMARKT IS A LOW COST ORGANIC GROCERY MAKING GREAT FOOD AVAILABLE TO ALL.

We operate weekly, providing 100% organic produce to make great health and healing available in the communities which need it most.
Since its inception in July 2016, SÜPRMARKT has provided more than 70,000 pounds of organic fruit, veggies, and staples
affordably in South LA, a community which has 1.3 million residents but only 60 grocery stores.
We aim to shatter longstanding barriers to health in low income communities by making organic food accessible to all and educate to make organic living feel easy.
We are raising funds to open South Central’s first organic grocery. Visit Keep Slauson Fresh to support today.

What is a food desert?

A food desert is somewhere where food, especially healthy food, is difficult to obtain.

For example, if you live in Inglewood, it can take a 25 minute drive each way or a 2 hour bus ride to get organic groceries–  at often expensive prices. This single, obvious barrier gives people the idea that they can never be vegan or eat healthily because it is too expensive and too much of an inconvenience.

SÜPRMARKT exists to ensure that the best foods are no longer limited to privileged areas. Everyone needs quality food to have a quality life, and great food is a gift from the earth that belongs to all of us, yet 24 million Americans lack access. Our mission is to end Food Apartheid.

Nearly 8 million US children are considered food insecure with 1 in 6 Californian children classified as significantly overweight. We are impacting the ideas, beliefs, and health of future generations by exemplifying communal enterprise. As they watch their parents shop to create improvement in the face of lack, they will gain bright mentalities which create solutions.

This contest represents the spirit of SÜPRMARKT and helped us get our start. 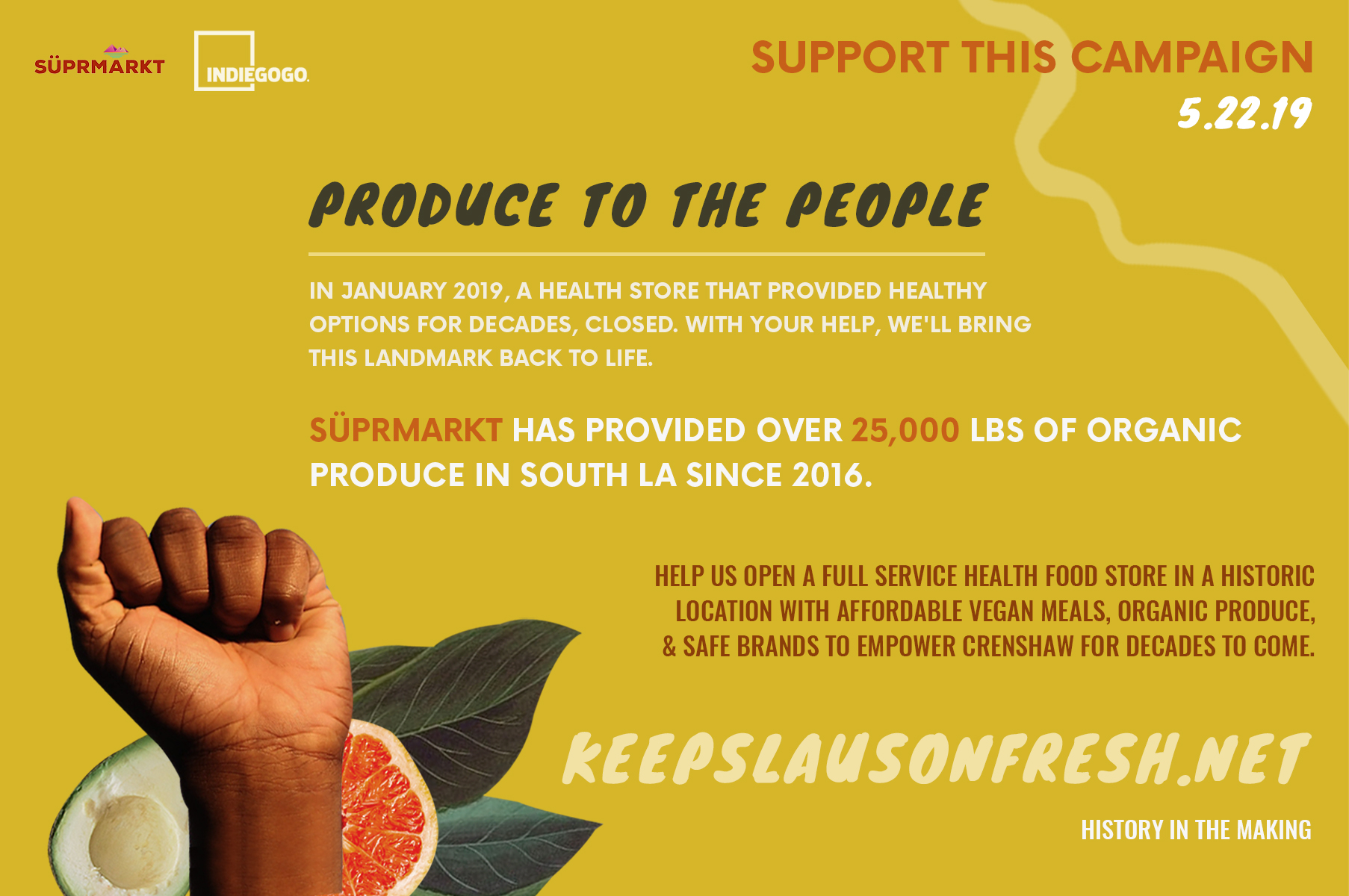